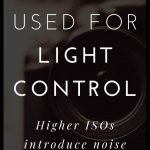 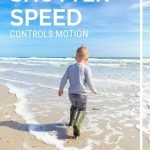 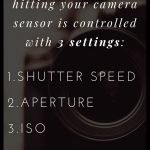 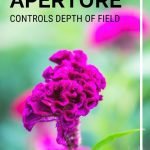 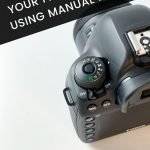 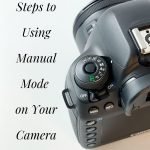 Getting the perfect exposure is a balancing act, and there are many ways to get there. The amount of light hitting your camera sensor is controlled with three settings: shutter speed, aperture and ISO.

Each of these can independently change the brightness of your image, but they have secondary effects. By understanding the relationship between the three, you can achieve much greater control over your photographs while getting a perfect exposure every time.

I know this concept can be super confusing, so let’s think about this another way. If I’m trying to adjust the air conditioning in my 4Runner, I can use the temperature setting, change the fan speed, or adjust the vents to allow more/less air to flow out. It’s the same idea with the exposure triangle of ISO, aperture and shutter speed.

The important thing to remember is whenever you adjust one of these settings, and not because of the light, you will have to change the others to maintain the same brightness.

So what do these fundamental controls… control?

how to control your exposure in manual mode:

The sensor in your camera collects light; the more light, the brighter the image recorded. The shutter speed is a measure of how long it’s collecting light for – a slower shutter speed means more time for light to collect.

Shutter speed also controls motion. A high shutter speed can freeze a moment in time, with fast-moving objects hanging frozen in the air. The camera records objects even while they are moving, and with a slow enough shutter speed, we can see that motion as blur.

It may sound like a faster shutter speed is always a good thing, producing cleaner images with sharper lines. However, our minds can get a sense of the movement behind the blur, and the right amount can help us understand the dynamic image we’re seeing.

If your subject is still, shutter speed only matters in terms of light – but a scene with any kind of movement is shaped by the shutter speed, and getting it right is what captures the sense of motion.

Images with long exposures are some of my absolute favorites, and it’s an extremely popular technique in landscape photography.

If shutter speed is how long the water runs for, aperture is the size of the pipe. When your camera takes a photo, small metal blades spiral in to make a hole for the light to enter. The lower the aperture number (think f/2.8), the wider this hole, and the more light can enter during the exposure.

This can be written as f/4 or f/16… also called a focal-stop or f-stop. The higher the f-number, the less light that is being allowed in, and the more in focus your picture will be.

A higher aperture (with a smaller hole) means a greater depth of field, providing a wide band of focus. The opposite is also true, and a low aperture (think f/2.8) can help you isolate a subject in clear focus.

By adjusting the depth of field, you can control how three-dimensional your image appears. When we see things up close, we are used to seeing things in partial focus.

The tighter that focus, the more depth we perceive, and we can use this to make a flat image appear more like a real object. With a narrow depth of field, we can select a very specific part of an image to pop and really grab the viewers’ attention.

Photographs of distant things, like landscapes, don’t really benefit from this, and the goal for these is usually to keep everything in focus, so a higher aperture is usually used.

Unlike the other two settings, ISO is just used for light control. The problem is that a lower ISO is always better; higher ISOs introduce noise.

This happens because the ISO is a measure of how sensitive the camera is set to be. Higher numbers won’t let in any more light, but the camera will amplify the signal it gets leading to a brighter image.

The main purpose for adjusting this setting is simply to increase the exposure if you have your shutter speed and aperture where you want them.

Between them, these three settings control how much light your camera sensor ‘sees’, and they act in concert with one another.

For example, if you need a wide band of focus your aperture must be tight, which pushes your shutter speed to a slower number. If a slower shutter speed won’t cut it, it’s time to raise your ISO.

Often, shutter speed won’t matter because your subject is still. Sometimes, your aperture setting won’t matter (within a range) because it doesn’t affect the image your taking.

Always choose your manual settings to get the picture you want, and then find ways to adjust the exposure with the other controls.

Halloween 🎃 Surfing photos are my favorite 🧡

Why do I chase sunrises? Because I can’t even b

Love you for infinity 🧡 If you had been watchi

The only thing better than surfing photography is

I am looking forward to seeing everyone’s costum

The beach draws a special crowd of people at sunri

The grooves feature video got an overwhelming resp