Not a photographer? Click here for my Phone Photography Tips
Home | Rachel Carter | My List of Feel-Good Shows 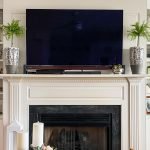 Most of us have been there. We are looking for something that will provide an entertaining escape from difficult emotions we are wrestling with, problems we are facing, or tough situations that weigh heavily on our minds. Fortunately, there are several feel-good shows that I highly recommend during these times… and none are purely in the romance genre!

I guess I’ve been pretty vocal about watching these kinds of wholesome, feel-good shows over the last couple years… and while I enjoy suspenseful movies and books, I’ve moved almost completely away from that type of entertainment during COVID. While I wish I could pinpoint when I started preferring this genre, I definitely know that my illness and subsequent stomach surgery in early 2019 was a catalyst for seeking out wholesome entertainment. Being sick was stressful enough, it wasn’t entertaining or enjoyable to be agitated or anxious due to characters on the screen that were 100% fictional.

Since then, I’ve had dozens of people reach out and ask for recommendations on tv and/or movies that I’ve enjoyed in this genre…. so I’ll outline them below, including where to stream. My plan is to keep this list updated as I find more shows that I’d recommend.

To be clear, I do enjoy dramatic & suspenseful tv shows, and I am awed by the talent that these writers, producers, videographers and actors have… it’s just the last 2 years have not been a time when it’s good for my mental health to watch them.

Perfect example: ALL RISE on CBS. Last year I thought that was a great show… it provided multiple perspectives, was thought provoking, and had creative, unexpected plots without the suspense. However, when the show returned in November, it was 100% about COVID… the beginning scene is one character yelling at people for not wearing their masks properly. I’m sorry, but I am not watching a tv show where I could go to the store and watch that in real time. I understand that documenting and bringing issues to light is part of their goal, but personally I won’t be ready to watch things like this for several years (for entertainment purposes).

There’s a reason that movies / television shows weren’t made about September 11th, 2001 right away. Author Lawrence Wright, of The Looming Tower, didn’t publish his book about the road to 9/11 until 2007… and he didn’t allow for a motion picture series to be made until 2017 stating that it “took that long to be produced in the right way.” If you haven’t read or seen The Looming Tower, it streams on Hulu and I highly recommend it. The mini-series does not cover the whole book, which is much more in-depth. I mention it in this post to prove my point, but this will not be listed under the “wholesome and feel good tv” below.

I’ve given these a loose rating, but are definitely in a “not-for-kids” category. It’s also important to note that none of these shows are purely in the romantic genre. They may have a romance as a side plot, but they are NOT your Hallmark Romance Movies.

Chesapeake Shores – this was a fictional series written by Sherryl Woods (also author of Netflix’s Sweet Magnolias) and is filmed in Canada although takes place in Chesapeake Bay, Maryland. The scenery is gorgeous, and it’s light hearted but has all the family dynamics – both the good and the bad – as they navigate life. Four seasons of a show with all the good feelings, while not completely unrealistic. I was surprised and impressed at the amount of character development throughout the show. (I believe they are currently filming season 5 now).

TV Series that Are More PG-13 than R

Royal Pains – A down-to-earth concierge doctor who treats the rich and famous in the Hamptons during the summer…. for 8 seasons? Sign me up. I appreciate beautiful scenery in a tv show (it was even filmed on Long Island!) and ironically, many of the actors on this show now star in several Hallmark films.

Sweet Magnolias – if you’re reading this list, you probably enjoy a good show where women support one another and lift each other up through the daily struggles in life. Sherryl Woods wrote this series of books as well as Chesapeake Shores (mentioned above). I think it’s safe to say that anyone who enjoyed this show is excited for the release of Season 2!

Republic of Doyle – First of all, this series is set in St. Johns, Newfoundland & Labrador, Canada and I was enamored with a new city! I don’t think I’ve ever even seen photos of anywhere in Newfoundland before… so this was definitely a welcome change. There are 6 seasons of this private detective family, and it is an action/comedy/drama. It’s kind of borderline for this list, but fits in with something similar to Veronica Mars (listed later under Nostalgic TV Dramas) and the action is comical versus suspenseful. I’m also pretty sure that the actors on here also are in Hallmark movies.

I must also note that watching Republic of Doyle saved my sanity when I was up with Chase at all hours of the night at the end of his life. And even now, after he passed, I’m still grateful for this show being a great distraction.

West Wing – I was in high school when this show first aired, which is why this goes into my nostalgic category. I love the older technology, the computers, the cell phones, etc. While it’s a political drama and I stayed away from those on this list, there’s something about the political nature that doesn’t invoke divisiveness in my opinion. Also, it’s written and produced by Aaron Sorkin, and I can’t think of one show he’s created that I didn’t absolutely love. The cast is incredible, and of course, it includes Rob Lowe who will always be a favorite of mine. You’ll find a lot of talking on this show, a lot of the characters asking questions, but not a lot of action. It moves quickly, and sometimes you have to keep listening before you’ll understand what is actually going on. For these reasons and more, it holds my attention and I find it highly entertaining and I often rewatch these episodes. There’s 7 seasons total.

Veronica Mars – Kristen Bell stars in this high school private detective drama that originally aired on UPN (now The CW) … and I completely missed this show at that time! It wasn’t until I was recovering from stomach surgery in 2019 that I discovered Veronica Mars and started streaming this on Hulu, and I was hooked instantly. There were 3 original seasons ending in 2007, but then a movie was made in 2014 and Hulu picked it up for a 4th season in 2019.

Gilmore Girls – this is another show that was released while I was in high school and I can’t say I’ve seen all the episodes but by 2020 I’ve definitely watched the majority of them. This mother-daughter duo lives in the idyllic town of Stars Hollow, Connecticut and is both funny and entertaining. The original series is 7 seasons, but in 2016 Netflix released a 4 part mini-series called “The Gilmore Girls: A Year in The Life.” It definitely gave me hope that they would get together in the future and produce something else!

Halloween 🎃 Surfing photos are my favorite 🧡

Why do I chase sunrises? Because I can’t even b

Love you for infinity 🧡 If you had been watchi

The only thing better than surfing photography is

I am looking forward to seeing everyone’s costum

The beach draws a special crowd of people at sunri

The grooves feature video got an overwhelming resp